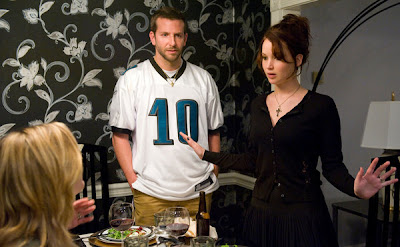 ‘Just make sure you don’t bring up Tommy tonight, okay?’

‘How did who die?’ says a woman’s voice.

‘Hi, Tiffany,’ Ronnie says, and suddenly she is standing with us on the porch. Tiffany’s wearing a black evening dress, heels, and a diamond necklace, and her makeup and hair look too perfect to me – as if she is trying too hard to look attractive, like old ladies sometimes do. ‘You remember Pat, right?’

I stand, and as we shake hands, the way Tiffany looks into my eyes makes me feel really funny….

‘You look very pretty tonight,’ I say… I figure can now practice complimenting women on their look sos it will come naturally to me when Nikki returns, although Tiffany really does look pretty, even if she is trying too hard with the makeup. She is a few years older than me, but has a fit body and long silky black hair.

observations: The film was hugely successful, it was nominated for 8 Oscars, and Jennifer Lawrence won the Best Actress award for her role as Tiffany. I suppose for a romcom it was quite edgy and unusual – characters with mental health issues – but a lot of the hard edges had been rubbed off from the (much superior) book. Of course Pat narrates the book, so can produce more in the way of being an unreliable narrator. But also his relationships with others – particularly his father – were much harsher and less clichéd in the book. It seems a shame to get in Robert de Niro to play Pat Sr, and then give him such predictable lines and situations.

But Jennifer Lawrence was wonderful and the dance scene was terrific – in this entry I discussed the need for all great films to have a dance scene, and this one was very much reminiscent of Quentin Tarantino’s Pulp Fiction effort which produced the original claim.

The book is very funny – the dinner party above is short but excellent, with its spot on description of the host couple busy describing the guests to each other. The book has huge amounts of American Football in it, which is somewhat hard to take for foreigners, and is mostly removed for the film. There is also an excellent motto for Pat: be kind not right, which doesn’t make it to the film.

Links on the blog: previous love for Jennifer Lawrence on the blog, because of her role in Hunger Games – in this 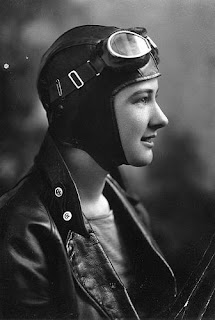