Dress Down Sunday: London Belongs to Me by Norman Collins 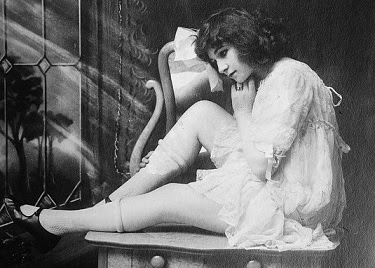 Tears and all, she was steadier now. Kind of peaceful inside herself as it were. She looked back over her past life almost as though it were somebody else’s. And crikey it wasn’t half a waste! The money she’d had in her time – and the chances. Talk about chucking opportunities away – she’d fairly shovelled ‘em. Offers of marriage. Little places down in Maidenhead. Sovereigns slipped in playfully under the frilly part of her garter. Diamonds. If she’d watched her step she could have been a rich woman by now./ Rolling in it. Paying super-tax. And instead of it, what was she? Just the old girl with the dyed hair who sat behind the counter in the ladies’ cloakroom and had a saucer, with a few pins in it, in front of her ready to receive the tips.

It wasn’t even as if she’d learnt any sense as she’d grown older. Not a bit of it. 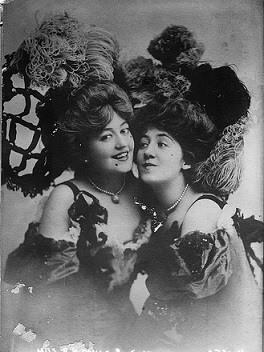 observations: This is Connie, exactly what she sounds, an aging actress or showgirl living out her life in a tiny room in a boarding house in south London. The book follows the lives of all the lodgers over two years, ending in Christmas in 1940, and old Connie doesn’t have much of a time, but she makes the most of every opportunity she gets. She has a particular talent for getting herself to others’ social gatherings – from a casual tea to a wedding - even when she hasn’t been invited. Money and food are a constant problem, and she’s light-fingered with others’ property and she even ends up in prison at one point (the nightclub she works in is raided) but she carries on regardless, a quite splendid character who would be extremely tiresome in real life, but is great fun in a book. Her finest moment comes when a fellow-lodger is moving out; Mrs J looks round and says ‘Say goodbye to Connie for me … tell her I’m sorry to have missed her.’ Only to be told by another inhabitant that Connie has ‘gone ahead’ – she is in the removal van up with the driver. Just along for the ride.

Links on the blog: the book has featured before. More Dress Down Sunday by clicking on the label below – including Gerty in Ulysses with her wide garter tops. The Duke of Windsor had quite another kind of garter.

The lady with the stockings is Charlotte Davies, a vaudeville star in the early part of the 20th century. The two women performed as Bessie and Nellie McCoy – Bessie later became a Mrs Davis, coincidentally. Both pictures are from the Bain Collection at the Library of Congress.
1930s garters London Belongs to Me Norman Collins showgirl stockings