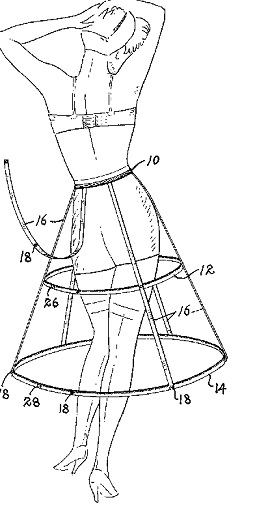 One moment the figure on the stage was handsome Archibald Carlyle, mid-Victorian sex symbol, the next he was Clive Ashton, slightly creased middle-aged actor. He was wearing jeans and a black frock-coat sold that it was almost green. Isabel, who was now Melissa Meadow, also seemed to have got suddenly older, though she remained slender and blonde. She was wearing a white T-shirt over which a corset was laced and black cotton trousers. Slung around her waist was a rehearsal crinoline, a contraption like a kind of flexible bird cage, made of a series of metal hoops attached to each other by tapes. Mrs Mason had changed, too. She had become the dear old character actress Celia Durant, familiar from dozens of TV costume dramas. All three of them were staring at me. 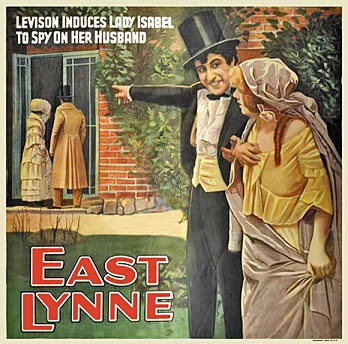 observations: East Lynne was a classic melodramatic bestseller of Victorian times – written by Mrs Henry Wood and first published in 1861, it was massively popular as a play too. It is famous for the line ‘Dead! Dead! And never called me Mother!’ which comes only from the play, not the original book. The narrator here says


East Lynne was in its way one of the sexiest novels of the nineteenth century.


The characters in Christine Poulson’s clever book are performing a modern-day adaptation, and working out their own personal problems at the same time. The leading actress, Melissa, is about to disappear, and narrator and academic Cassandra James will try to find out what is going on – while having her own share of personal problems.

The setting is Cambridge, although college life doesn’t impinge much at all this time, unlike the first Cassandra James mystery, featured on the blog here. But although we love an academic mystery, a theatre setting is also a favourite, and this one is excellent, with its restored Victorian theatre, mysterious figures in cloaks, bustling backstage atmosphere, and array of temperamental characters. And Poulson certainly makes you feel you would love to see this modern production.

Links on the blog: Noel Streatfeild’s books cover all kinds of theatre – click on the label below. Crinolines feature in Arnold Bennett’s Old Wives' Tale, and are discussed in this entry. A modern theatre season in this book.

The pictures are a diagram for a US patent application, and a poster for East Lynne.