Dress down Sunday: Carrie on in New York

Posted by Clothes In Books on August 26, 2012
Dress Down Sunday -
looking at what goes on under the clothes

Sex and the City by Candace Bushnell 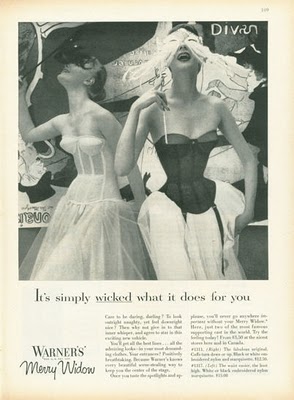 For the first two weeks, everything was great… Then, when they got back to London, the trouble began.

“You know I’ve got all of my lingerie that I’ve been collecting over the years?” Amalita asked. Carrie nodded. She knew all about Amalita’s vast collection of designer clothing, which she’d been acquiring over the past fifteen years – knew it well, in fact, because she had had to help Amalita wrap it up in special tissues to be put in storage, a job that had taken three days. “Well one evening he comes in when I’m dressing,” she said. “’Darling’ he says, ‘I’ve always wondered what it would be like to wear one of those merry widows. Mind if I … give it a try? Then I’ll know what it feels to be you.’”

observations: Originally, Sex and the City was a column in the New York Observer. Candace Bushnell then turned her idea into a book, and one that is more than just a collection of the columns, it is a real book. Those of us who discovered it at this stage were a little – disappointed by the wildly popular and successful TV programme, which seemed to lack nuance and subtlety in comparison. In fact one of our followers, who had read the book, told officemates that they should try this new TV series, as the book was so good. He came into work the next day ready to apologize, as he’d found the programme so bad, but his colleagues were grateful and delighted, having loved it. As with so many things, if you hadn’t read the original… Perhaps fans of the column hated the book.

Carrie in the book has a much sharper, less sentimental, but very distinctive voice, and the whole style of narration is very unusual. Well worth seeking out (though not if you’re just missing a fix of shoes, It bags and cupcakes).

A merry widow (named after an operetta and film of the same name) is a longline bra (or short corset) with what in the UK are known as suspenders. It was a specific corselette produced by Warner’s lingerie company, as above, but has become a generic term for any such item.

Links up with: Stella Gibbons’ bra collector in Cold Comfort Farm. The Bergdorf Blondes are more like the TV programme version of Sex and the City. More New York entries – click on the label below.