The Voyage of the Dawn Treader by CS Lewis


Because the UK is celebrating Queen Elizabeth's Diamond Jubilee around now, this week's books all have a first publication date in 1952. Some of them have vaguely-applicable titles.
chapter 5 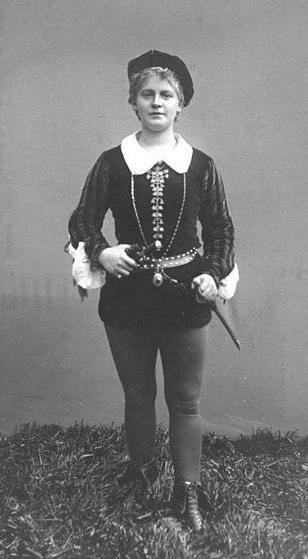 The next few days were delightful. Lucy thought she was the most fortunate girl in the world, as she woke each morning to see the reflections of the sunlit water dancing on the ceiling of her cabin and looked round on all the nice new things she had got in the Lone Islands - seaboots and buskins and cloaks and jerkins and scarves. And then she would go on deck and take a look from the forecastle at a sea which was a brighter blue each morning and drink in an air that was a little warmer day by day. After that came breakfast and such an appetite as one only has at sea.

She spent a good deal of time sitting on the little bench in the stern playing chess with Reepicheep. It was amusing to see him lifting the pieces, which were far too big for him, with both paws and standing on tiptoes if he made a move near the centre of the board. He was a good player and when he remembered what he was doing he usually won. But every now and then Lucy won because the Mouse did something quite ridiculous like sending a knight into the danger of a queen and castle combined. This happened because he had momentarily forgotten it was a game of chess and was thinking of a real battle and making the knight do what he would certainly have done in its place. For his mind was full of forlorn hopes, death-or-glory charges, and last stands.


observations: From the third of the Narnia books, and the one with the best title. Lucy is the youngest of the four Pevensie children – only she and Edmund feature in this book, although a cousin, Eustace Scrubb, goes on the boat with them. There is very little description of clothes in the book, although they are mentioned a lot, and layers and skins to be removed come up several times. The most intriguing mention is in relation to Eustace’s parents. The authorial voice seems very disapproving of their being vegetarians, non-smokers and teetotallers – this has meant they bring up Eustace badly – but then goes on to say that they “wore a special kind of underclothes”. What can this mean? George Orwell, too, was always worried about pacifists in sandals who were vegetarians, in his case because he thought they gave the left a bad name.

The Voyage is very much a classic Odyssey – they are on a quest, they visit extraordinary lands, they overcome danger. And then they go home again.

Links up with: Plenty of entries on board ship – for example here and here and here. Dressing up in clothes from another age also features, and in boy’s clothes too. Girl, boy - Orlando is both.