Because the UK is celebrating Queen Elizabeth's Diamond Jubilee around now, this week's books all have a first publication date in 1952. 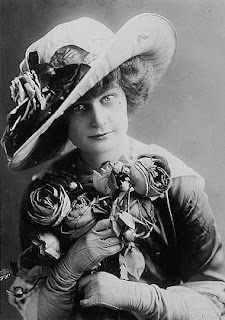 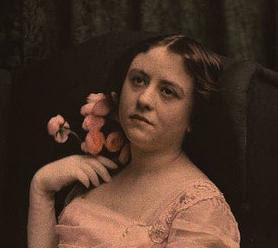 [Hercule Poirot is looking at newspaper clippings of some old murder cases, which may be connected with a newer one.]
Under each photo was a name.

Eva Kane, the other woman in the famous Craig case.

Janice Courtland, the ‘tragic wife’ whose husband was a fiend in human form.

Little Lily Gamboll, tragic child product of our over-crowded age...
He leant back and studied the photographs. Eva Kane with tousled curly hair over her ears and an enormous hat, held a bunch of roses up to her ear like a telephone receiver…

[He goes to talk to Pamela Horsefall, a journalist, about the cases]

Miss Horsefall waved a cigarette…“I’ve no doubt that Eva Kane was a thorough little bitch, and not an injured innocent at all. And as for the Courtland woman, why did she suffer in silence for eight years with a sadistic pervert? Because he was rolling in money…”

“And the tragic child Lily Gamboll?”

“I wouldn’t care to have her gambolling about me with a meat chopper.”

Observations: Plenty of room for suspects here then – where are these women now, or their children…? This is one of her best books, with what Philip Larkin (talking about a book by Gladys Mitchell) called a ‘general air of yellowing newspaper reports.’ But then, perhaps you have to be a real golden age detective story fan to see that as a good thing?

Some commentators have accused Agatha Christie of having no sense of humour, no good jokes, but in fact she can be very funny in her own way. In this book Hercule Poirot stays in an awful amateurish B&B, and the descriptions (all too convincing) of its horrors are very amusing. And in the scene above there is a nice line about Janice Courtland, who had ‘certainly been unfortunate in her husband. His peculiar practices [were] referred to in such a guarded way at to rouse instant curiosity…’

The 'murders in the past' in the newspaper reports are all based on recognizable real-life cases.

Links up with: More Agatha Christie all over the blog, click on the label below. Dorothy L Sayers (several entries), Gladys Mitchell and Margery Allingham were roughly contemporary detective story writers.

The picture with the hat is from the Library of Congress. The picture with the pose is from George Eastman House – it (flowers by ears) was apparently a quite common trope in photos at one time, and once you have read Christie’s description you tend to recognize it.