Laurels are Poison by Gladys Mitchell

“…Mrs Bradley, who had something to talk over with Miss Topas, dressed early, in an orange and royal blue evening frock which was then in its fourth season, and encountered Kitty, who was on her way to the bathroom, as she herself was about to descend the stairs.
Kitty’s jaw dropped; her eyes opened wide. She made odd gurgling  noises. Mrs Bradley halted. ‘Goodness me, Miss Trevelyan!’ she said. ‘Are you ill, child?’
‘Well you might call it that, Warden,’ replied the sufferer.
‘But what is the matter, my poor dear?’
‘Warden’ said Kitty, with the desperate honesty of the artist, ‘you can’t go over to College looking like that.’
It was a statement which many of Mrs Bradley’s relatives, notably her sister-in-law, Lady Selina, and her nephew’s wife, Jenny Lestrange, would have given much for the courage to make.
‘Why what’s the matter with it?’ asked the head of house, genuinely surprised by the passionate outburst.
‘Well nothing of course, Warden. It’s like my cheek….only, haven’t you got something…?’
‘Come and rummage’ said Mrs Bradley, grinning…
Kitty accepted the invitation with alacrity, but, confronting the contents of Mrs Bradley’s wardrobe, her face fell.
‘No?’ said the Warden…” 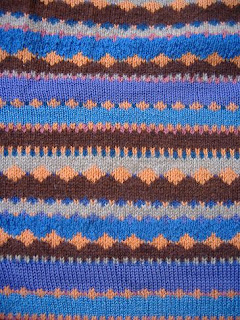 
Mrs Bradley is Gladys Mitchell’s regular detective, and in this book she is acting Warden at a women’s teacher training college, though really there to investigate a crime of course. Kitty is a student who would much rather be a hairdresser, and so is in charge of makeovers in the book. They are all preparing for a Christmas end-of-term dance.
Diana Rigg starred in a short TV series (1998) made from the books – she was marvellous, but the stories bore little resemblance to the originals, and Ms Rigg was neither ugly enough nor badly-dressed enough to be Mrs Bradley. The designers obviously seized the opportunity to show off fabulous and no-doubt authentically-reproduced 1920s outfits, but the whole point of Mrs B was her ‘saurian’ appearance and her dreadful taste in clothes.